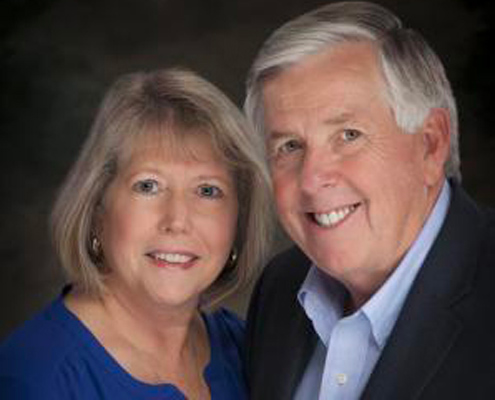 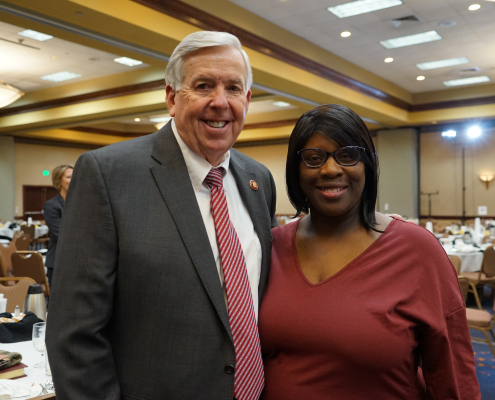 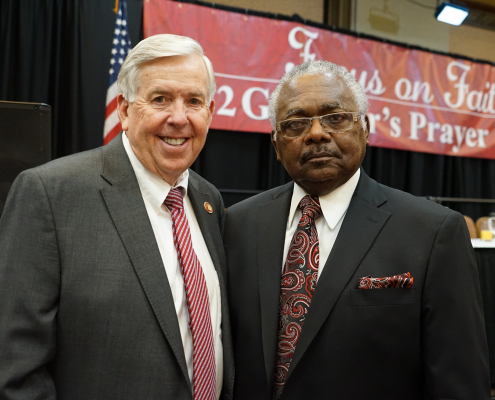 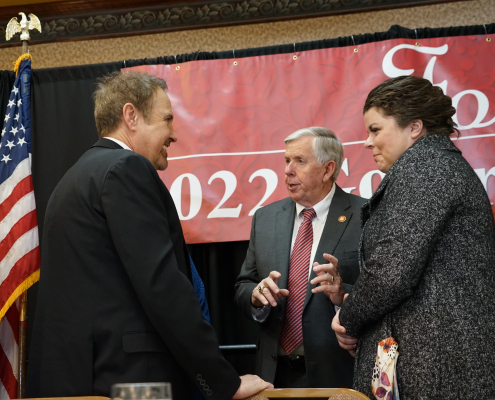 Michael L. Parson was sworn in as Missouri’s 57th governor on June 1, 2018, by Missouri Supreme Court Judge Mary R. Russell. He was reelected in November 2020 and sworn into a full term by Judge Sarah A. Castle at the 2021 Bicentennial Inauguration. Governor Parson came into the role of governor with a lifelong commitment to serving others and over 30 years of experience in public service.

Governor Parson also served six years in the U.S. Army and as the Sheriff of Polk County from 1993–2005. He served in the Missouri House of Representatives from 2005–2011 and in the Missouri Senate from 2011–2017. As a member of Missouri’s General Assembly, Governor Parson sponsored and co-sponsored several landmark pieces of legislation including Missouri’s Castle Doctrine, which strengthened 2nd Amendment rights, and the Missouri Farming Rights Amendment, a piece of legislation that changed the Missouri Constitution to guarantee all Missourians the right to farm and ranch.

From day one, workforce development and infrastructure have been major priorities for Governor Parson. He and his administration have achieved historic bipartisan progress on both issues through programs like Missouri One Start, Fast Track, MoExcels, and the transportation cost-share program. The governor’s proposal to improve economic and workforce development through a reorganization of state government was overwhelmingly supported by the General Assembly, and 100 of Missouri’s poorest bridges were repaired or rehabilitated in just over one year through his Focus on Bridges program. In all, the program will repair or replace 250 bridges throughout the state.

Under Governor Parson’s leadership, Missouri has experienced a booming economy with record low unemployment, high wage growth, and billions of dollars in business and infrastructure investments. In 2018, Governor Parson signed the largest income tax cut in Missouri history and has continuously worked with the General Assembly to pass fiscally responsible and conservative budgets.

Governor Parson has also led Missouri through several major crises, including historic droughts, flooding, tornadoes, civil unrest, and the recent COVID-19 pandemic. He and his administration have worked nonstop to take a balanced approach, fight the virus, and keep Missourians as safe as possible. Thanks to these efforts, Missouri has outperformed projections for both COVID-19 and the economy and continues to meet each challenge head on.

While in office, Governor Parson has received several awards and honors. In 2017, as lieutenant governor, he was inducted into the Missouri Farmers Care Hall of Fame. In 2018, he was named Missouri Times Statesman of the Year, Biz 417 Person of the Year and named on Ingram’s 50 Missourians You Should Know list. In 2019, he received the Missouri Chamber of Commerce Man in the Arena Award. Governor Parson was also awarded the Order of the Marechaussee, one of the most prestigious honors bestowed upon members of the Military Police Corps Regiment, in 2021.

Governor Parson and First Lady Teresa Parson live in Bolivar. Together, they have two grown children and six grandchildren. He was raised on a farm in Hickory County and graduated from Wheatland High School in Wheatland, Missouri. He is a small business owner and a third-generation farmer who currently owns and operates a cow and calf operation near Bolivar.